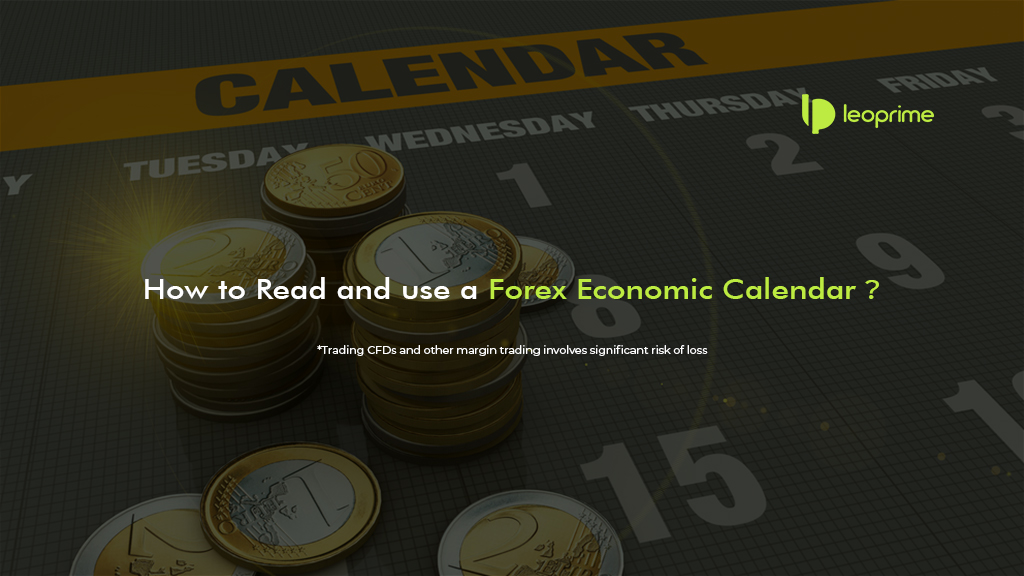 The economic calendar is one of the most important trading tools that every forex trader should be using on a daily basis and have their finger on the pulse all the time. The Forex economic calendar details upcoming economic releases, speeches, interest rate meetings, and much more. Economic calendars operate on a much shorter timescale and they are generally released every hour or so.

So, what exactly is a Forex Economic Calendar?

The Forex economic calendar, sometimes known as simply a FX calendar, is an event based calendar that forex and crypto traders can use to keep up to speed with important upcoming financial information. A forex economic calendar contains information for future and past economic events of different countries and is vital in providing an overview to the trader about any potential volatility issues connected with any certain currency pairs.

Each currency is a representation of the economic, political, and social stability of a country. The calendar can allow traders to see any changes in the economic indicators of a country and how likely they are affecting the value of the respective currency of that country. Since every Forex pair consists of two currencies, therefore each pair represents the balance of market sentiment for the two countries that represent the respective currency pair.

For example, The GBP/USD currency pair consists of two currencies – British Pound Sterling and the US Dollar. The Pound is the currency that represents the United Kingdom, and the US Dollar represents the USA. In this situation, if you are trading the GBP/USD FX pair, you will be interested in the economic events that come from both the United Kingdom and the USA, because they are most likely to cause the highest volatility for the GBP/USD pair. And when volatility appears, trends are likely to emerge, which would eventually provide excellent trading opportunities for the respective trader.

The economic calendar is easy to use and interpret the data as it has clear rules showing:

– the time the economic news is released; the currency that is going to be affected;

– the standard interpretation (how should the currency move based on the actual news that is released);

– the importance of the economic release;

– the history of the economic release as a trader can go back in time, more than two years of data being shown.

Personal Income & Outlays: This report is often issued on a monthly basis. The report provides insight into the behavior of consumers and the overall economic consumption. It is measured in terms of dollars. The report is considered extremely influential in terms of the economy’s future direction.

GDP report: This report lets investors gauge at the state of the economy and adjusts their expectations. If the GDP turned out better than they anticipated, it’s a case for more positions usually.

Industrial production: Even with the industry share of our economies falling, the industrial sector is an important gauge of economy-wide demand since it requires many inputs and employs best paid middle-class jobs.

Producer Price Index: This is a weighted price index that is measured at the producer level or at the wholesale level, excluding imports. It is a gauge of industry-wide demand and the pricing power of companies. Falling pricing power indicates usually weakened demand for industrial products.

PMI: Purchasing Manager’s index compounds expectations of several thousand purchasing managers in the biggest companies in order to gauge the state of the economy.

Consumer Credit Report: This report shows the state of household credit in the economy. It is important because the growth of the credit indicates expected rising incomes in the future and confidence about the economic prospects.

CPI inflation rate: This is very important because if the CPI is below the goal of monetary policy, there is a strong chance that the equities might rally.

Durable Goods: This report shows the level of demand for capital goods in any economy. This is important because it helps to look at the level of investment demand in an economy.

Trade Balance: Shows the level of domestic and international demand for a country’s products.

Retail Data: Shows the turnover at retail stores and indicates the level of purchases that consumers make.